Photos from Battle At The Beach Disc Golf Tournament, July 2014

posted on: Aug 7, 2014 updated on: Jul 17, 2020
Updated: Jul 17, 2020 Short URL: gonj.me/7084pw
On July 5th, Ocean County Disc Golf Course held their very first tournament on the recently completed 18 hole course. Here are some photos from that great event. Here is a quick recap provided by MrDiscGolf.com
82 ventured to the former John D Rockefeller estate now known as Ocean County Park in Lakewood Twp, NJ for the 2014 Battle at the Beach! The Rockefeller Estate...also has a ball golf motif as being the first PGA course as well as where the first PGA hole-in-one was recorded.

Special thanks to the hard work by Frank Gualtieri, Cubby, Chip Adams and Mike Keim for their hard work and dedication in making the Ocean County Park a great disc golf course! I was elated to be part of the inaugural 18 hole event!

Thanks to United Chains for the towel for all players! Also thanks to our hole sponsors Joe Harker, Pat Wescott (Liberty Mutual), Nicole Welsh & Chasing Chains DG! Thanks for helping make the event a smashing success!!

The 3 pro g-men moved to pro masters to make a field of 5 and Matt LaCourte reigned superior! Frank Gualtierii found a tough battle to win MM1 and Kevin Hall, all the way from Kentucky, took the MG1 victory!

As we had 7 am ladies play today....they all went home winners!!! FA1 winner was Kristen Denaro, Areta Masters won FA2 and Nicole Welsh victored in FA3!

To view all the photos of this event, please visit the following galeries:

Battle at the Beach Disc Golf July 2014, Morning Round (set A)

Battle at the Beach Disc Golf July 2014, Morning Round (set B)

Battle at the Beach Disc Golf July 2014, Afternoon Round (set A)

Battle at the Beach Disc Golf July 2014, Afternoon Round (set B) 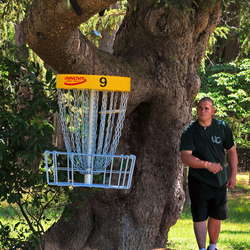 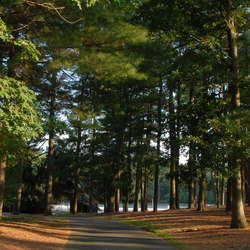 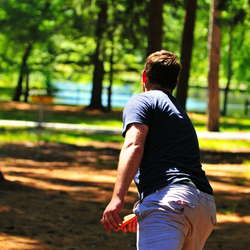 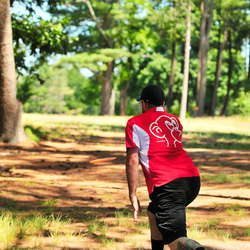 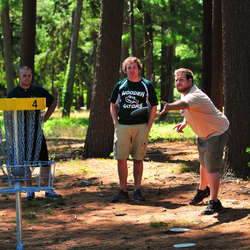