October 19th & 20th, 2019 -- The Lighthouse Challenge of NJ is a rain or shine, two-day opportunity to visit 10 land-based lighthouses. one museum and two life-saving stations. Participants may purchase a souvenir pamphlet for only $2 and have it stamped at each step of your journey!

This event encourages you to explore coastal New Jersey while raising the funds needed for the continued preservation of these beautiful historic sites! This is the only time of the year when all of the lighthouses agree to stay open at the same time for two days. Enjoy! 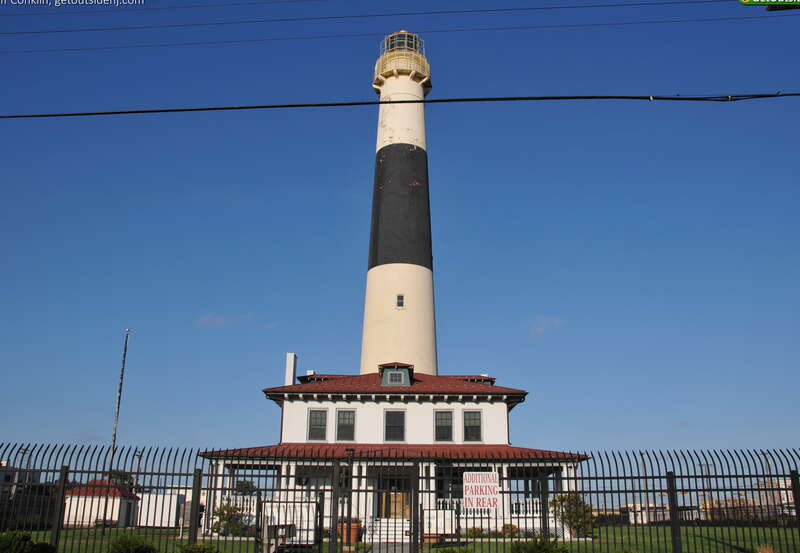 Take an amazing journey into time and above it all as you ascend the 228 steps of the Absecon Lighthouse, one of the oldest lighthouses in the country. You'll see breathtaking views of the Atlantic City skyline and up top you'll come face-to-face with the original first-order Fresnel Lens, first lit in 1857. 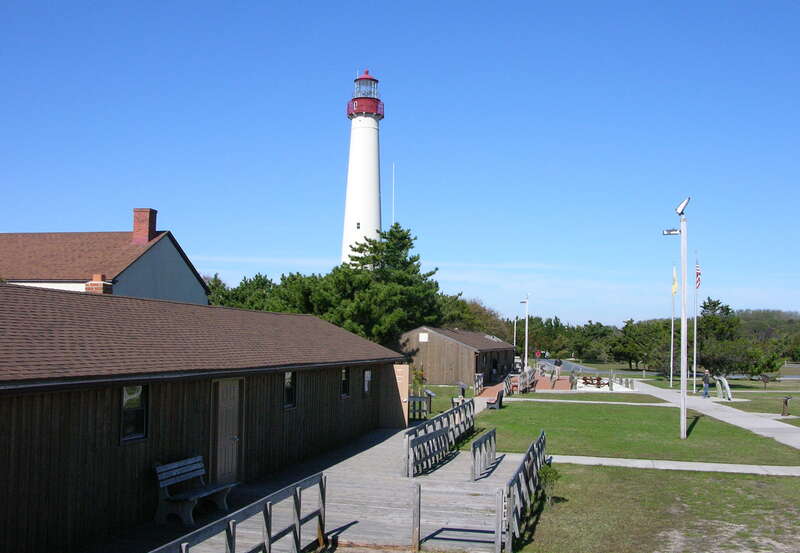 The 157-foot-high lighthouse is still an aid to navigation. Visitors who climb the 199 steps to the top of the lighthouse are rewarded with a spectacular panoramic view of the scenic Cape May peninsula. The first known lighthouse at Cape May was built in 1823. By 1847 a new lighthouse was erected on a high bluff, however, due to the encroaching sea and poor building design it was eventually dismantled. Built in 1859, the current lighthouse used the original bricks of the 1847 lighthouse. 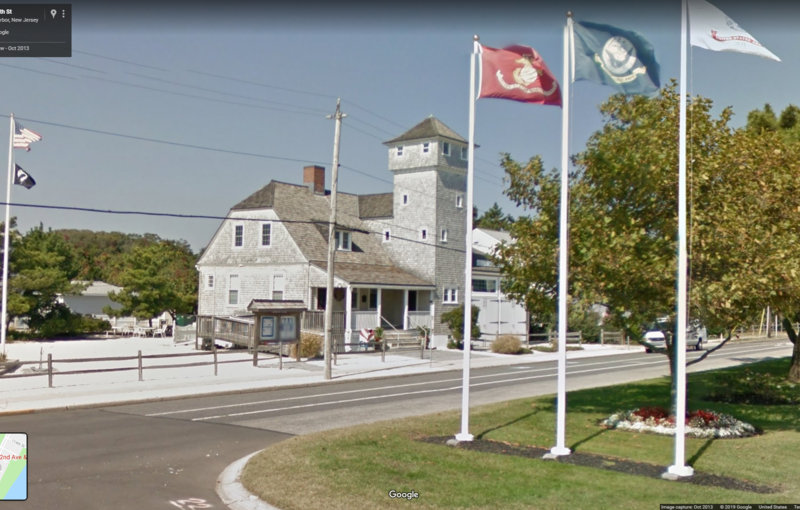 Visit the Stone Harbor Life Saving Station, built in 1895, it was recently placed on the national Register of Historic Places. Throughout the facility there are murals and displays outlining this stations heritage to our current Coast Guard. The surf men assigned to this station were the heroes of the American Coast. They routinely risked their lives in maritime rescues. The Life Saving Service was the answer to the most basic question of shipwrecked sailors. Who will help us in our time of greatest need? Climb our tower to observe the vistas of the Atlantic Ocean, Hereford Inlet and the back bays that the surf men continuously monitored for ships in distress. 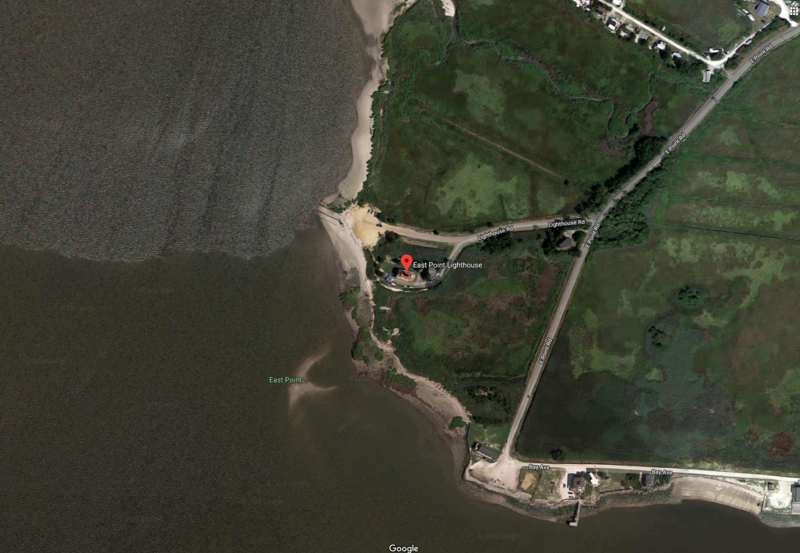 The East Point Lighthouse has played an important part in the maritime history of the Maurice River area of Cumberland County, New Jersey. Originally known as the Maurice River Lighthouse, it was erected in 1849 by the United States Lighthouse Establishment. The present name was initiated in 1913. Throughout the years its guiding light has shown fisherman, oystermen, and recreational boaters the way into the mouth of the Maurice River. During the daylight hours, it has been used as a landmark by hunters, trappers, and surveyors. 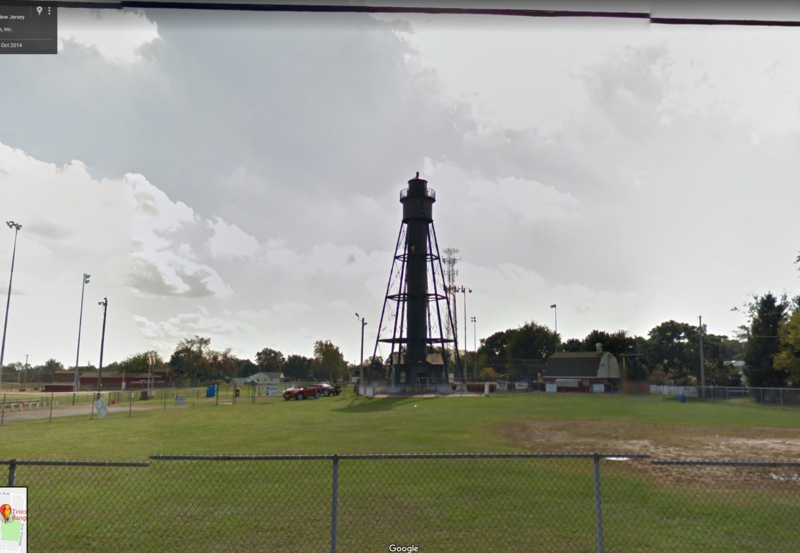 The historic Tinicum Rear Range Lighthouse is located at Second Street and Mantua Ave in Paulsboro, New Jersey, along the shores of the Delaware River. Our Society conducts regular tours the third full weekend of each month April through October. Special tours are available with advance notice. The lighthouse is also available for weddings and other special occasions. A small donation is accepted to help support our efforts. 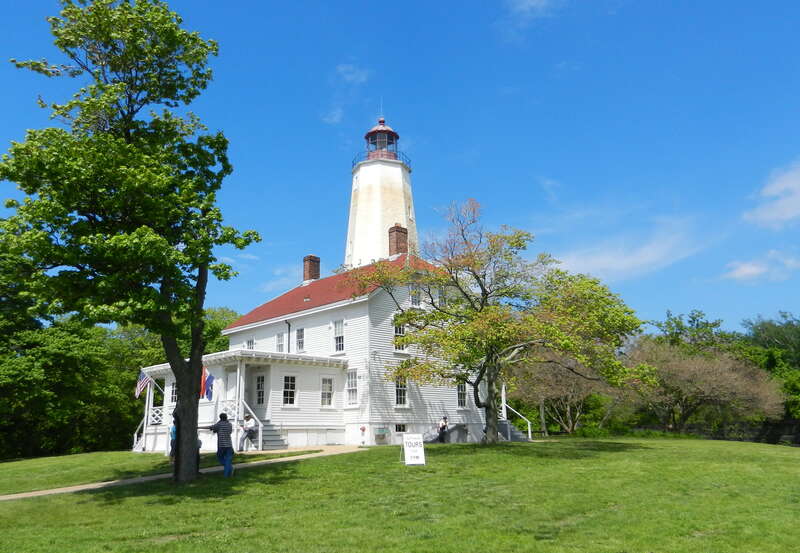 The Sandy Hook Light is the oldest standing lighthouse and the oldest operating lighthouse in the United States. It is the only surviving tower of the 11 lighthouses built in the thirteen colonies during the colonial period from 1716 to 1771.

First lit on June 11, 1764, its thick walls protected it from cannonball fire during the Revolutionary War. The Lighthouse Keeper's Quarters, currently a museum, is the fifth Keeper's Quarters built on the site and was constructed in 1883. 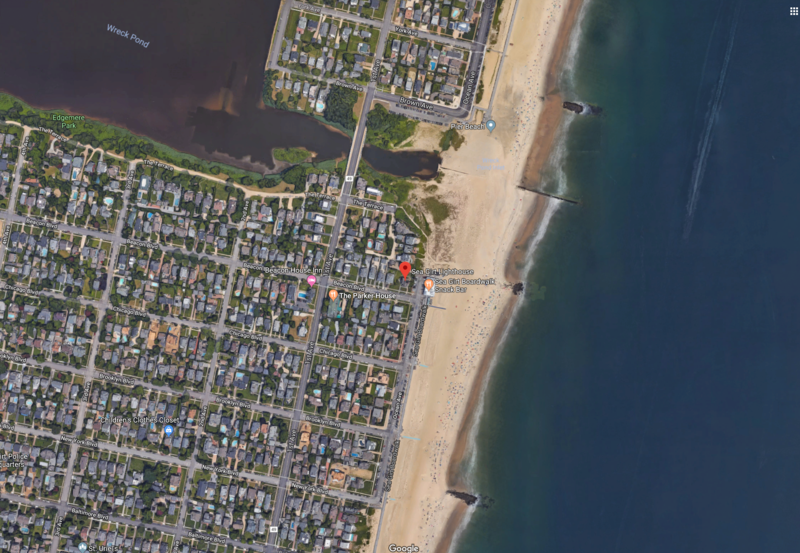 Sea Girt Lighthouse was built, on the orders of the U.S. Light-House Board, in 1896 to illuminate a dark spot midway in the 38 & 1/2-mile stretch between the Navesink and Barnegat Lighthouses. 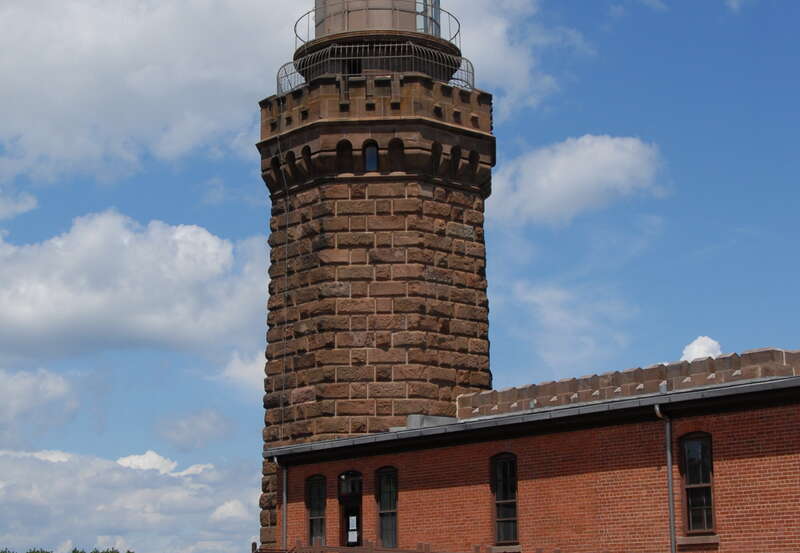 Twin Lights is situated 200 feet above sea level in Highlands, New Jersey. It overlooks the Shrewsbury River, Sandy Hook, Raritan Bay, New York skyline and the Atlantic Ocean. Twin Lights has been used as an aid to navigation over the coastal waters of NJ since 1828. It was used as the primary lighthouse for New York Harbor and was known as the best and the brightest light in North America. The current lighthouse was built in 1862 and replaced the earlier lights which were beginning to deteriorate. 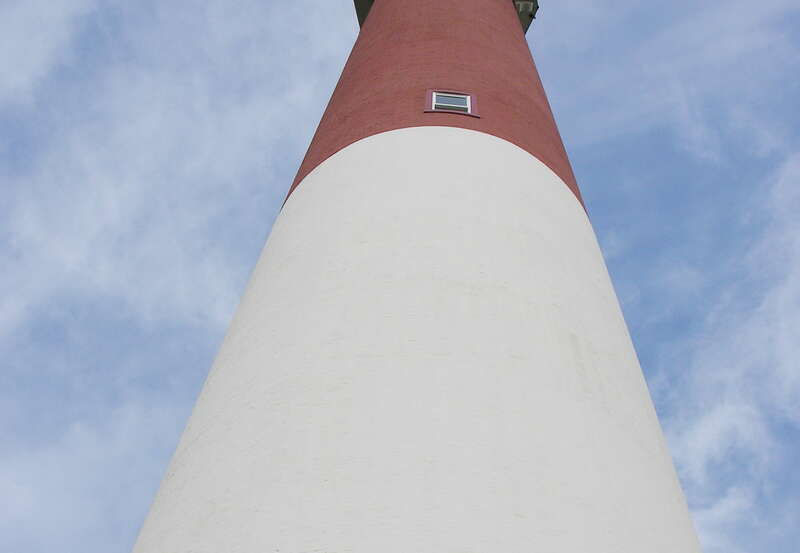 The beloved Barnegat Lighthouse is shining again, as it was illuminated on January 1, 2009 - exactly 150 years to the day that it was originally lit in 1859. Thanks to the Friends of Barnegat Lighthouse, the nonprofit group dedicated to preserving and promoting the park, funds were raised to purchase a new Coast Guard-approved lens. The new light creates a single beam that can be visible for up to 22 nautical miles. In 1927, the original lens was removed, and was replaced by a lightship anchored off the coast of Barnegat light. The original lens is still on display down the road at the Barnegat Lighthouse Historical Society's Museum. 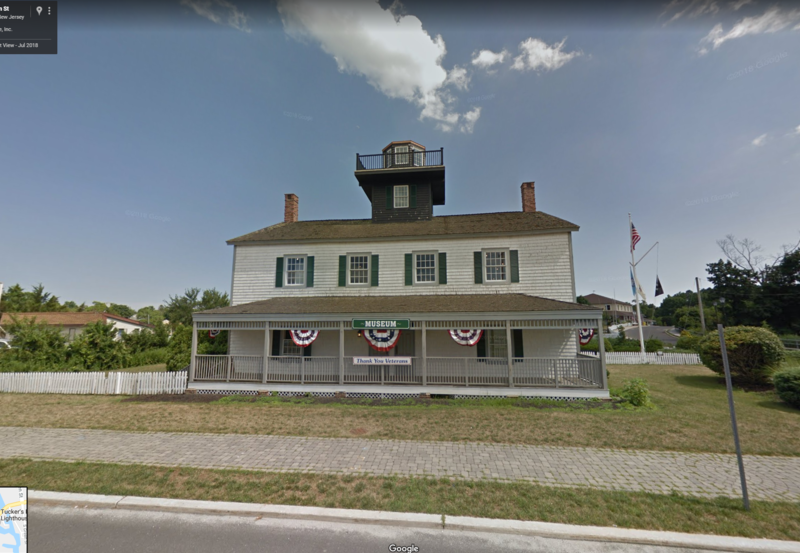 The Tuckerton Seaport, a working maritime village, is located along the Tuckerton Creek. This one-of-a-kind attraction, in the heart of historic Tuckerton NJ, brings the Jersey Shore's maritime traditions of the past and present to life through people, exhibits and hands-on activities. Discover the Jersey Shore's unique maritime heritage and the interaction between culture and nature on the Barnegat Bay. Experience the rich traditions of the Jersey Shore and its Baymen through the Seaport's recreated and historic buildings, demonstrations, interpretive exhibits, events, festivals, live aquatic displays and more. Decoy carvers, boat builders, basket makers, and baymen entertain, educate and delight visitors of all ages. Stroll the 3/4 mile boardwalk and experience life on the Tuckerton 'Crik'. Identify birds and plants on our 1/4 mile nature trail. Tour our site and view garveys, sneakboxes, cruising yachts and party boats displayed on land and water. 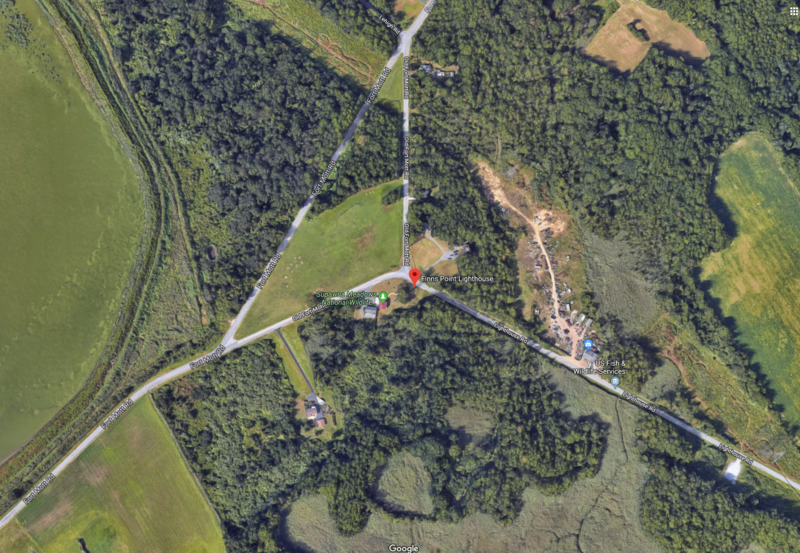 c. 1876 wrought iron lighthouse is listed on the National Registry of Historic Places. Originally constructed in Buffalo, New York and then moved here by train and mule-wagon, this unusual wrought-iron, open-frame, lighthouse was built at a cost of $1,200 in 1876. Standing 115 feet tall, it featured a 24-inch range lens with double wick burner and kerosene vapor lamp emitting 150,000 candlepower. Close by is Fort Mott State Park, a 104-acre waterfront park with buildings and gun emplacements from the Spanish - American War. It's listed on the National Register of Historic Places. Call for hours. 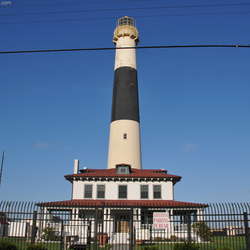 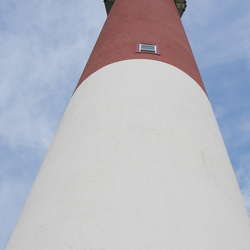 The Barnegat Lighthouse contains picnic areas, trails along the inlet and to the beach, and of course the lighthouse itself. During th 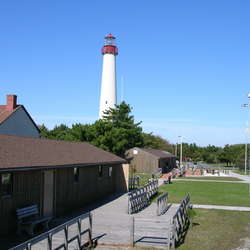 Located on the southern tip of New Jersey, Cape May Point State Park is a key site on the NJ Coastal Heritage Trail, with an environmen 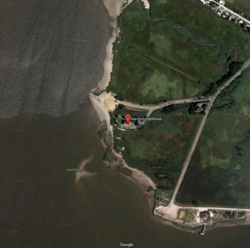 East Point Lighthouse is an active navigational aid built in 1849, situated on the picturesque Southern Bayshore in Cumberland County, 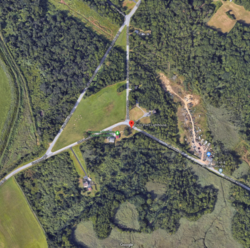 c. 1876 wrought iron lighthouse is listed on the National Registry of Historic Places. Originally constructed in Buffalo, New York and 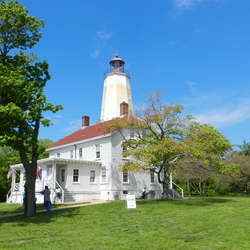 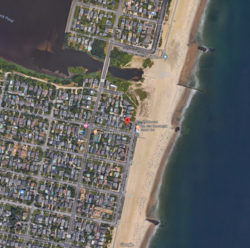 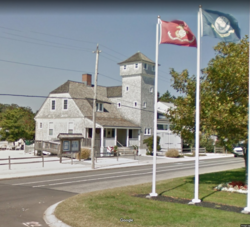 Visit the Stone Harbor Life Saving Station, built in 1895, it was recently placed on the national Register of Historic Places. Through 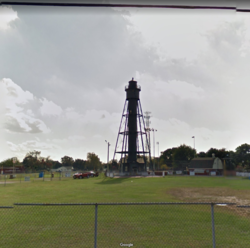 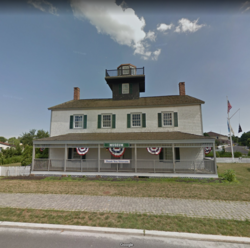 Tuckers Island Lighthouse is a reproduction of the lighthouse which was built in 1868 on Tuckers Island. When you enter, look for photo