Maidenhead Meadows Park At A Glance...

The 345acre park stretches from I95 to Province Line Road and from the historic Princeton Pike to the Delaware & Raritan Canal State Park. The push for the Maidenhead Meadows Park was spearheaded by the Lawrence Township Trails, Open Space & Stewardship Advisory Committee.

In addition to access via the LHT, other portions of the Park are already quite accessible. For being a primarily undeveloped park at this time, Maidenhead Meadows already has four distinct parking areas the former Dyson Tract (across from Foxcroft Drive), the old tree nursery (across from the Ecological Center), the Princessville Inn site (just beyond the Cemetery), and the Brearley House. The first three are accessed from Princeton Pike and the latter is at the end of Meadow Road. 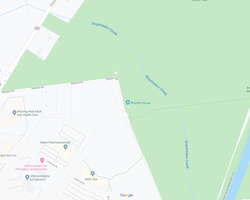