Cape May Point State Park (and lighthouse) At A Glance...

About Cape May Point State Park (and lighthouse)

Noteworthy features of Cape May Point State Park include it's constantly changing shoreline, dunes, freshwater coastal marsh and ponds, forested islands and varied uplands make it a well-known location for viewing the fall bird migration. Located on the southern tip of New Jersey, Cape May Point State Park is a key site on the NJ Coastal Heritage Trail, with an environmental center that houses a classroom for interpretive programs and a museum on the area's natural and historic features.

Cape May Lighthouse - The 157-foot-high lighthouse is still an aid to navigation. Visitors who climb the 199 steps to the top of the lighthouse are rewarded with a spectacular panoramic view of the scenic Cape May peninsula. The first known lighthouse at Cape May was built in 1823. By 1847 a new lighthouse was erected on a high bluff, however, due to the encroaching sea and poor building design it was eventually dismantled. Built in 1859, the current lighthouse used the original bricks of the 1847 lighthouse. Below are a few groups that we have connected to Cape May Point State Park (and lighthouse). If we are missing any, please let us know

The Lighthouse Challenge of NJ is a rain-or-shine, two-day opportunity to visit land-based lighthouses. museums and life-saving station 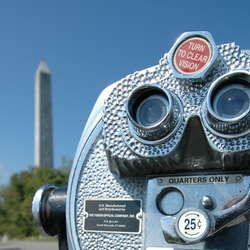 No Park Entrance Fees at State Parks for 2022

The NJ State Park System has decided to stop (or not start) collecting park entrance fees this summer. Amenities / Features of Cape May Point State Park (and lighthouse)

Sunrise and Sunset for Cape May Point State Park (and lighthouse)