Estellville Glassworks At A Glance...

The Estellville Glassworks are located in the Atlantic County Park at Estell Manor, on the east side of Route 50, 3.5 miles south of Mays Landing. These sites are an early 19th century glass factory that was in operation from 1825-1877. The factory was built between 1825-26 by John H. Scott for the Estell family. Glass production began in 1826. The glassworks flourished during the mid-1800's. It was possibly the first glassworks that had the capability of producing both hollow ware (bottles) and window glass. The Estell family owned and operated the factory until 1858. The factory had many owners following and finally closed completely in 1877. 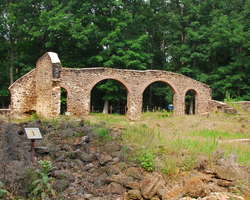 Below are a few groups that we have connected to Estellville Glassworks. If we are missing any, please let us know

More To Explore in Estellville Glassworks

Estellville Glassworks is rather nice. It's also part of  Estell Manor Park 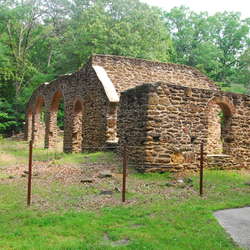 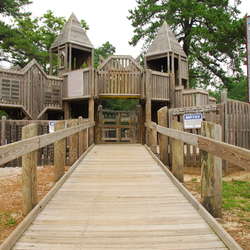 A while back, we headed to Estell Manor to bike the great trails in the park. On our way, we stopped a huge playground , a nice campgro 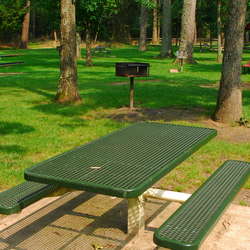 We have only been in this park a few times, but each time we go we enjoy it that much more. They have great trails, river access, histo

Sunrise and Sunset for Estellville Glassworks