Cooper Environmental Center is Still Closed.. (with a video)

Before we get into our visit, we first want to point out the Cattus Island County Park is open. Almost all the trails are available for walking / jogging and staff is on duty daily to help answer any questions may have. But the Cooper Environmental Center has been closed ever since Sandy rolled through. 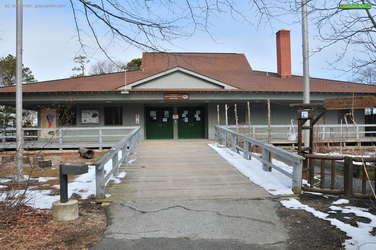 From the outside, the Cooper Environmental Center in Cattus Island looks like it is open and ready to welcome visitors as it has for 30+ years. Thousands of students, multiple generations of families, visitors from all around NJ have walked up ramp before stepping into what has been called hidden gem of Central NJ. But looks can be deceiving.

We visited one of our favorite parks on Feb 8th, 2014.. Cattus Island County Park in Toms River, NJ. Our goal was to better understand why the Cooper Environmental Center was still closed. We found ripped down walls, exhibits that need to be thrown away, and mold throughout the building. 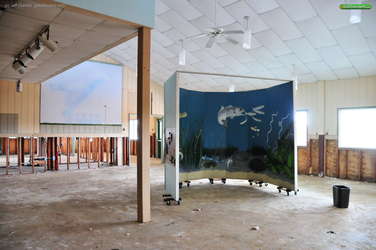 The center originally closed because of flooding from Superstorm Sandy in 2012. The flooding was multiple feet above the floor inside the center. Because of this, they lost exhibits, office furniture, records, and more. They simply lost everything that could not be moved to higher ground.

Within a few weeks of the storm, they had taken out the destroyed drywall, wall framing and more. They set up a temporary office to ensure that the park employees were still there to greet all the happy visitors. They had multiple clean up days with many many volunteers coming out to It seemed like the Super Mess might be addressed Super Quick.

Throughout the work, they started finding mold growing in the walls, on the floor, and on exhibits they thought could be saved. Their hopes of a quick turnaround turned into a much larger endeavor. 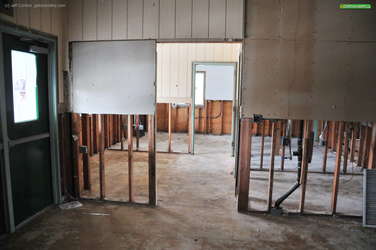 As you can see in the photos (within this photo gallery), they have ripped up as much as they felt was needed, but they do still keep finding mold. Primarily on exhibits that they had saved. Until a professional company comes in, ready to address the entire situation, the true damage may not be known.

At this time, the park itself is waiting for county park officials to address the mold issue, and come up with a budget and a plan to fix Cooper. The employes within the park are pushing daily to ensure that Cattus as a whole is not closed down. All from the "comfort" of a cramped, donated office trailer that has been onsite for just about a year now. 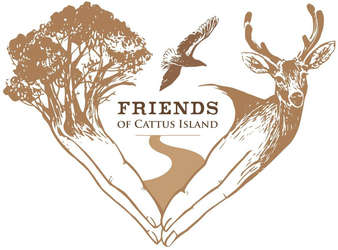 In mid-2013, a few audacious local residents wanted to ensure that Cattus had help from the people that love her. They formed a non-profit organization called Friends of Cattus Island (FOCI). They are working hard to help the park in ANY way that they can. Their primary goal is to get the word out that Cattus needs YOUR help. They also raise money for the park to purchase replacement tools lost, that the county has not yet replaced. They do so by attending events and putting on events throughout the year to collect donations, memberships, and more.

We here at GetOut would ask that you try to give back to the park. You can become a FOCI member, attend one of their events, provide a donation directly to them, or much more for the group. You can also go above / beyond the group, and write to officials within the county, asking for why the environmental center is still closed after a year and a half. You could even write to the local Freeholder, share your thoughts with a local paper, and more. 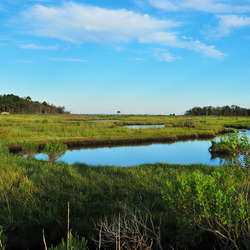 Cattus Island County Park spans almost 500 acres, has a nature center, and boasts miles of trails, many offering lovely vistas of the a 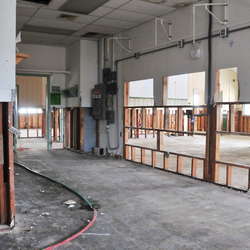 We visited one of our favorite parks on Feb 8th, 2014.. Cattus island. Our goal was to better understand why the Cooper Environmental C